After a few years in the clinic, she chose to open her own practice a few blocks away in Pacific Beach where she maintained a solo practice for many years. During that time, Dr. Burger was relentless in encouraging her to return, and in 2000, she rejoined the clinic as an Associate Doctor. 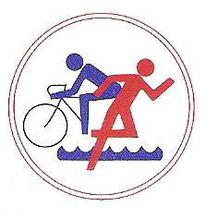 Dr. Magos has studied Applied Kinesiology as well as the Neuro Emotional Technique. Her warm and caring nature and gentle touch come across immediately with her patients. She has a focus on family practice and being fluent in Spanish, she also provides comfortable care for our Hispanic patients.

Dr. Magos has been associated with the San Diego Sports Medicine Chiropractic Clinic since the mid-1980s when she was employed as the office manager during a hiatus from medical school. After working in the clinic for a couple of years and seeing the results that could be attained with chiropractic care and Applied Kinesiology, she decided not to return to medical school, but to pursue her doctorate in chiropractic instead. She has a Bachelor of Science degree in human biology and graduated from the Los Angeles College of Chiropractic in 1989 where she was on the Dean's List. She was also inducted into the Delta Sigma Honorary Scholastic Society of the Healing Arts. After completing her internship at the San Diego Sports Medicine Chiropractic Clinic, she joined the clinic as an Associate Doctor.